I know, I know, this is in French, but you'll enjoy it!
You see, I've got very creative friends!... but they're French ;-(
Why don't we write subtitles for them!
To my pupils: If you do so, you'll get a reward!

A Darwinian Theory of Beauty

http://www.lyricstraining.com/index.php
As the video unfolds, you have to fill in blanks. It automatically waits for you.
Choose your song, your level, and try it!
Posted by E. Bilien at 2:28 PM No comments:

A poem by William Blake


Little Fly,
Thy summer's play
My thoughtless hand
Has brushed away.
Am not I
A fly like thee?
Or art not thou
A man like me?
For I dance
And drink, and sing,
Till some blind hand
Shall brush my wing.
If thought is life
And strength and breath
And the want
Of thought is death;
Then am I
A happy fly,
If I live,
Or if I die.

http://www.optoutday.com/
Some people are willing to refuse body scanners and would rather have a body search or "enhanced pat down"

Know that the TSA is Transportation Security Administration "that protects the nation's transportation systems to ensure freedom of movement for people and commerce." Indeed!!!


World Day of Remembrance for Road Traffic Victims from lucy pepper on Vimeo.
Posted by E. Bilien at 10:54 PM No comments:

Physics according to Niels Bohr

"It is wrong to think that the task of physics is to find out how Nature is. Physics concerns what we say about Nature. "

Watch V for Vendetta tonight, on Bonfire Night and learn more about it,Guy Fawkes and the conspirators led by Robert Catesby:
http://www.guardian.co.uk/flash/0,5860,1605605,00.html
or here:http://www.bbc.co.uk/history/british/civil_war_revolution/gunpowder_robinson_01.shtml
I quote:
"Their first meeting was on 20 May 1604. Catesby was joined by his friends Thomas Wintour, Jack Wright and Thomas Percy at the Duck and Drake, in the Strand. The fifth person was Guy Fawkes. Originally from York, he had been recruited in Flanders, where he had been serving in the Spanish Army. They discussed their plan to blow up Parliament House, and shortly afterwards leased a small house in the heart of Westminster, installing Fawkes as caretaker, under the alias of John Johnson."
Here is a video : http://www.youtube.com/watch?v=z1ikQQk8cJQ
And the nursery rhyme: thanks Emily!

"Remember, remember the Fifth of November,
The Gunpowder Treason and Plot,
I know of no reason
Why the Gunpowder Treason
Should ever be forgot.
Guy Fawkes, Guy Fawkes, t'was his intent
To blow up the King and Parli'ment.
Three-score barrels of powder below
To prove old England's overthrow;
By God's providence he was catch'd (or by God's mercy*)
With a dark lantern and burning match.
Holla boys, Holla boys, let the bells ring.
Holloa boys, holloa boys, God save the King!
And what should we do with him? Burn him!"
Posted by E. Bilien at 3:15 AM No comments:

Marijuana: 7 Health Myths Up in Smoke


One of the links towards NG's website.
http://news.nationalgeographic.com/news/science.html
Posted by E. Bilien at 10:30 PM No comments: 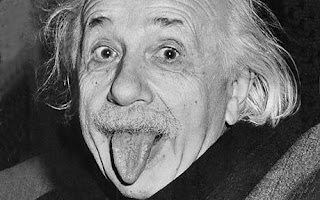