The same song "Who's next" with the lyrics: http://youtu.be/SGptO6j3G-U
or "The elements" at that link.http://www.privatehand.com/flash/elements.html
and a Tom Lehrer playlist here:http://www.youtube.com/watch?v=TjDEsGZLbio&feature=channel
Posted by E. Bilien at 11:31 PM No comments:

Read and watch
http://www.telegraph.co.uk/news/worldnews/asia/japan/9094044/Fukushima-nuclear-plant-opened-to-journalists.html
Posted by E. Bilien at 1:22 AM No comments:

Watch the video IN the following link and read the article.
http://www.telegraph.co.uk/health/healthnews/9093780/Health-Secretary-Andrew-Lansley-heckled-by-pensioner-at-Downing-Street.html

Then enjoy BRITISH HUMOUR below:

Witty words found on the web

Thanks to Dr Mardy's newsletter and to Mary Armstrong who wrote them:

A deep reverberation of the famous:"Ask and you shall receive"
Thanks again Doc,http://www.drmardy.com/ and thank you Web.
Posted by E. Bilien at 8:21 PM No comments:

If you want to know more about the following video.
Here is the "about" link to the movie. Interesting documents. We shall study them in class some day.http://www.kidnappedforchrist.com/#!about

Two brothers worked wonders and created that show for all of us.

'The Scale of the Universe,' by Two Teenage Brothers. Thank you so much Cary and Michael. 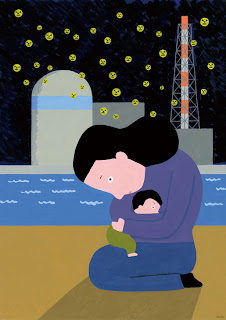 The human cost of Apple products for workers in China

From democracynow.org — Protesters visited a half-dozen Apple stores around the world to deliver petitions calling for reforms in the working conditions at factories run by Apple's suppliers in China. The protests come on the heels of recent revelations of harsh conditions and onerous work environments at Apple's controversial Chinese supplier Foxconn, where more than a dozen employees have committed suicide. We're joined by New York Times reporter Charles Duhigg, who helped break the story about the human costs of Apple products for workers in China. We're also joined by Mike Daisey, whose acclaimed one-man show, "The Agony and the Ecstasy of Steve Jobs," is based partly on his visits to Apple's Chinese factories and his interviews with the workers there. "I want Apple to take real responsibility," Daisey says. "They have the resources to change this overnight."