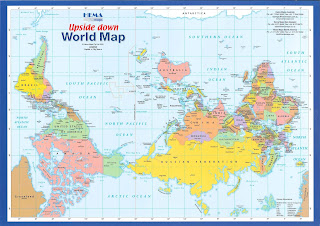 Everyone wants "Freedom of the press" and "Freedom of expression"
Julian Assange, a journalist, one of the creators of Wikileaks that has been revealing frightful but valid pieces of information that have never been proven wrong, this gentleman, Julian Assange has been in solitary confinement in the Ecuadorian embassy for more than 6 years, having asked asylum there, in London, when the U.K was about to send him to the U.S. Rafaël Correa, the former president had given him the Ecuadorian nationality. Assange was born Australian.
Now, he's spent nearly a year without the web, he has had very few visits. Doctors and Dentists are unavailable to him.
Yet, the U.N. decided 2 years ago that he should be freed. Go figure.
Posted by E. Bilien at 9:48 PM No comments:

The US and its migration animated map.
Earthlings we are. Wherever we go.

I'd like a similar map for France. Let's see if we can find one.
Posted by E. Bilien at 9:47 PM No comments: