another ad for OBAMA

An Ad for OBAMA

BANKSY : One nation under CCTV 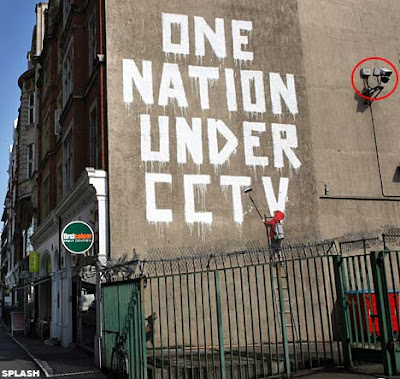 SAVE THE "PALAIS DE LA DECOUVERTE"!

HAVE YOU EVER BEEN THERE? GREAT SCIENTIFIC STUFF.
I'LL ALWAYS REMEMBER THE PI ROOM...

http://cansfestival.com/
The CANS Festival Leake street, London
Some people are calling it the greatest stencil art show that has ever taken place in a tunnel underneath Waterloo Station

Barack Obama is speaking in Grand Rapid, Michigan with John Edwards.
Mr Edwards, another democrat, has also been competing in the democratic primaries
but he quit 4 months ago.
He didn't say who he would endorse (support).
He didn't say whether he would support Barack Obama or Hillary Clinton.
He is a popular man, well-known for his honesty and his concern for poverty and health care and his determination towards peace and freedom.
Well, tonight, John Edwards is declaring that he endorses Obama.
Obama Obama OBAMA OBAMA
Posted by E. Bilien at 12:34 AM No comments:

The election of the president of the United States is very different from the French presidential election.

The American elections are MUCH MORE complicated !
The US president will be chosen next November by delegates. (indirect suffrage)
So before the "general election", each great party, organizes elections called "primaries" or "caucuses" to choose the one who will compete with the 4-year-presidential mandate which is a competition between two men... well, two human beings!

For now, Barack Obama has 1882 delegates, selected during the different elections that have been taking place successively in the different states.
See the calendar here: http://politics.nytimes.com/election-guide/2008/primaries/democraticprimaries/index.html Youl'll notice that the race is soon over.
Well, it is not because Hillary Clinton has 1711 delegates and she says she can still win the primaries against Obama... She could quit but she says she can still win.
2025 delegates are needed to secure the nomination.
See the evolution of the democratic primaries here http://election.cbsnews.com/campaign2008/index.shtml

So, the next US Presidential elections in November 2008 will be a race between

EITHER Barack Obama versus John McCain

OR Hillary Clinton versus John McCain

Well, this week's Time cover believes Obama will run for president against John McCain.
And I hope they're right.
Not that I wouldn't like a woman for the US presidency, but I like Obama's vision better. And after all, Clinton has already been in the White House as a first lady...
I believe new politicians are needed. Read about his life here:
http://www.barackobama.com/learn/meet.php 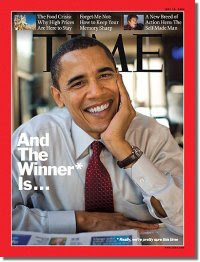 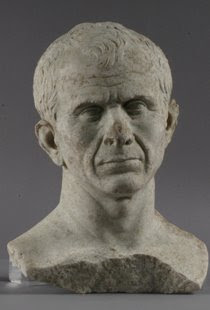 and other wonderful works of art. Read about them here:

His movie, "The 11th Hour", deals with environmental issues and our responsibility.

Here are the lyrics by David Byrne:
Like Humans Do Lyrics

I work and I sleep and I dance and I'm dead
I'm eatin, I'm laughin and I'm lovin myself
I never watch TV
Except when I'm stoned
Like Humans Do

I'm achin'
I'm shakin'
I'm breakin'
Like Humans Do
I'm breathing in
I'm breathing out
Posted by E. Bilien at 1:58 AM No comments: