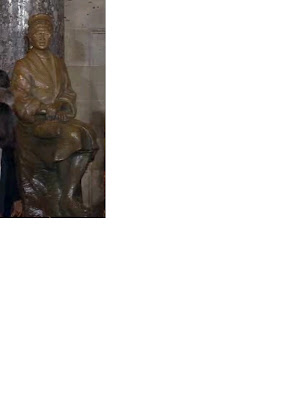 
« What interesting to me about that is regardless of where I am, anywhere, every audience get that. It doesn’t matter. It’s the pentatonic scale for some reason. » Bobby McFerrin

It's a documentary from 2011 but it will remain a topical issue for decades to come. And spent fuel for many more centuries... Extract from the video :

Searching for Sugar Man  A documentary I really really want to see. What a great musician and man.
Here is the trailer and watch him talk in the second video saying: "I don't think there's anything that can't be and is not political."

Words and meanings.
Language is really fascinating, perpetually evolving, unfolding.
We are constantly learning from it.
I've heard you, dear pupils, use a word I'd never heard before: "Beeatch".
????????????? What was that?
I looked it up and here's what I found: No less than 5 very varied and even opposed meanings.
urbandictionary.com/beeatch

Ambassador Susan E. Rice is the U.S. Permanent Representative to the United Nations and a member of President Obama's Cabinet. She reacts to North Korea 3rd nuclear test.
http://usun.state.gov/leadership/c31461.htm

Extract from the abstract here: http://onlinelibrary.wiley.com/doi/10.1029/2009GL041829/abstract
"We conclude that the interior of Phobos likely contains large voids. When applied to various hypotheses bearing on the origin of Phobos, these results are inconsistent with the proposition that Phobos is a captured asteroid."
Read and see more here: WEIRD STUFF!! 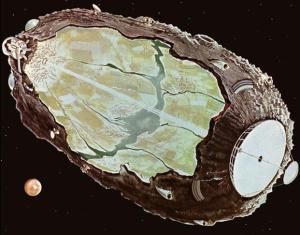 "We need to make this a blockbuster!"

Children and radioactive contamination. Thyroid disease rate spiked to 43.7%, “About 1 in 2 children have nodule or cyst in Fukushima city”

Ed Koch was a famous New York City mayor from 1977, 1981 and 1985... and did many other things. He died yesterday. As a Democrat,  he was in favour of pro-gays and pro-lesbian rights. It is to be noted since today, the French 'Assemblée Nationale has said yes to homosexual marriage.

In 1989, Koch declared, "it happens that I'm a heterosexual" during a radio interview about a book he co-authored with Cardinal J. O'Connor. The interviewer wanted Koch to clarify his views on homosexuality relative to O'Connor.
Koch refused tocomment on his sexual history,and he wrote:
"What do I care? I'm 73 years old. I find it fascinating that people are interested in my sex life at age 73. It's rather complimentary! But as I say in my book, my answer to questions on this subject is simply "Fuck off." There have to be some private matters left."  At the same time, he supported death penalty and was a hawkish supporter of Israel. He crossed party lines to endorse Rudi Giuliani for mayor in 1993, Michael Bloomberg in 2001, and George W. Bush in 2004. If you want to know more: http://edition.cnn.com/2013/02/01/us/ed-koch-obit/index.html