It was a royal end of the year in this blog, not that it has been visited much, nor commented,
Queen Elizabeth II of Great Britain is the longest-reigning monarch in British history. She celebrated 65 years on the throne in February 2017 with her Sapphire Jubilee. No Diana nowhere on a picture or in a word, but in my mind and the minds of so many others, she represents true nobility. What do you think?
If you don't like christmas carols either, fast forward to 0'48'' and listen at

(HM means His or Her Majesty)

To read more about it :
https://www.royal.uk/history-christmas-broadcast?ch=2#bio-section-1

https://www.youtube.com/watch?v=mBRP-o6Q85s
« 25 years ago, my grandfather broadcast the first of these christmas messages. »
The Queen of England also talks about « the subtle corruption of the cynics ».
But the Empire no longer existed then. The Commonwealth replaces it.

Includes an extract from 1957 but doesn’t include reference to her Grandfather radio broadcast. She mentions the Commonwealth games, youth orchestra.
Posted by E. Bilien at 12:12 AM No comments:

Connections : Past and present struggles

Find out what U.S. Sports landmark of the last 50 years is shown in the trailer.

Discover engdom.com
This site is what I'd call a real treasure trove.
Here are some links.
Visit, explore, use everyday and you'll improve your English!

Here is an example with male and female job words

and another that will help you learn how to ask for and give directions.
http://engdom.com/bbc-how-to-ask-for-and-give-directions/

Thanks to the British Council and to the BBC. Above them all, thank you EngDom
Posted by E. Bilien at 11:55 PM No comments:

The U.S. civil war started in 1861 and ended in 1865.
Jim Crow laws followed.
It then took a hundred years to get theCivil Rights Act of 1964 and the Voting Rights Act of 1965
for colored people to have the same rights. Justice takes time...
Anyway, you can watch this FYI (for your information)

Brexit will be delayed

The independent is a U.K. online newspaper. Used to be a paper version.
Here is what they say. Great video and article

CONSENT : Easily understandable with tea instead.

I thought in the midst of the Harvey Weinstein story, posting this video could be appropriate.
(Voc. brackets: Journalists tend to call what they are working on 'a story'. Judicial courts,deal with cases. In politics, they refer to narratives or story-telling.)

Sure, everybody likes a good story. Here is one.

Do you watch TV?

Get ready to talk about reality TV, what you think of it, your experience, etc...

Now watch this French documentary. It's 55 mn long. But it's worth the time.
Watch it, prepare an oral description and make a presentation to the class.

Eulalia Duocastella-Plà, ex Poulon was one of our beloved English colleagues of Arago.
She worked as a brilliant and efficient English teacher in our high School for many years. Lately, she taught for 2 hours to the ATS. We mourn with them.
We will miss Eulalia's funny wit and precious friendship. She'd have liked that video.
We remember Madeleine too and love her two other children. We'll always be here for them.

"We all have this one life to live."

Learning languages is a thrill...

You know... I get it.
No one commented on the former post, nor (or so very scarcely) on the others for that matter...
Go and have a look to MY comment below the ex first lady thingy
referring to my first post on the 12th of june 2005... Sunday, June 12, 2005, whatever,
twelve years ago, oh my, oh my! First post, and in French! To make sure you get it.

Learning foreign languages is a must. Hope you get that!

The Visit- A short film about prejudices

Some people are totally crazy and dangerous. Fortunately, the immense majority are not.


The Visit from Vishwas . on Vimeo.


MOVEMBER is tweet trending in France! I wandered on the thread and saw TED TV.
If you haven't bookmarked it yet, you've got to discover TED TV.
It’s a great free TV where people from all over the world come to talk about different issues and experiences.

One of my favourite speech is this one:
“My stroke of insight”
https://www.ted.com/talks/jill_bolte_taylor_s_powerful_stroke_of_insight 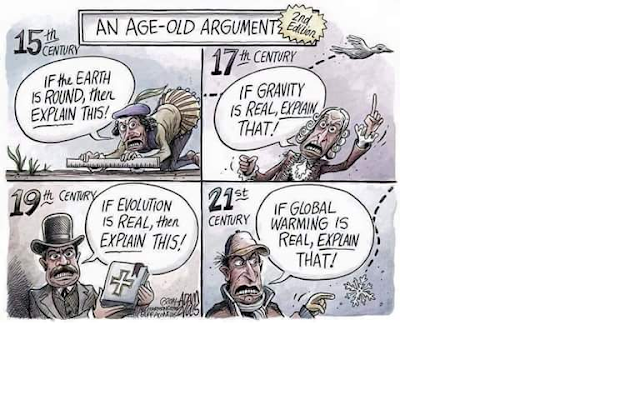 GET OUT , a horror movie

GAMING TO PAY THE RENT

And thank you for your comments.
See comments post below
Posted by E. Bilien at 8:59 PM No comments:

This video dates back to the beginning of May, 2016.

#MIC aka #MilitaryIndustrialComplex IN FULL SWING

0’19’’
MIChelle Obama playing the role of the first lady:
"We should be thanking you. I mean we know the sacrifices our military families are making and it doesn’t go unnoticed. Nor do the sacrifices of our veterans."
Gibbs : Honor serving

"So FLOTUS  aka Michelle Obama aka #MIChell appears on NCIS.

#MIC aka #MilitaryIndustrialComplex IN FULL SWING or I don't know what I'm looking at.
Amazing."

A book that contains this map was under my Christmas tree. What was under yours?
Comment and get a fun good mark. Only on that blog! Easy good grades, don't you love them?

The Powerful 1940 Map That Depicts America as a Nation of Immigrants. 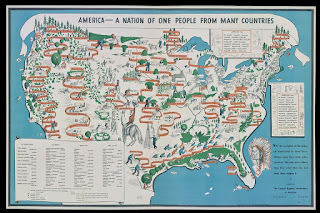 It was produced by the Council Against Intolerance in the lead up to World War II.