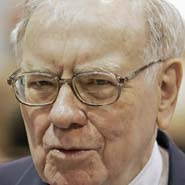 http://business.timesonline.co.uk/tol/business/money/tax/article1996735.eceread the rest of the article by Tom Bawden from Times Onlinehere
Posted by E. Bilien at 2:54 AM

The fact that he admits the injustice and denounces it (for he is such a powerful man) is DRAMATICALLY (in the English sense!) MEANINGFUL.

Things might change after all.
Even the most powerful can come to admit injustice is unfair and try to make up for it.